The image above is a studio portrait of Trooper Leslie Keith Gordon Peterson.

His Mother – Mary Reiddie Peterson saw four of her sons off to war. Only one came home.

The youngest, Private Thomas Peterson, was wounded in action while serving with the 50th Battalion at Dernancourt on 5 April 1918, and died of his wounds the same day.

The last of her four sons, the eldest, Corporal Archibald Peterson, of the 27th Battalion, was recalled to Australia for “family reasons” in September 1918.

A widow from Minlaton in South Australia, Mary also lost a brother, Private Archibald Litster of the 5th Machine Gun Battalion, who died of wounds in Rouen on 23 April 1918. 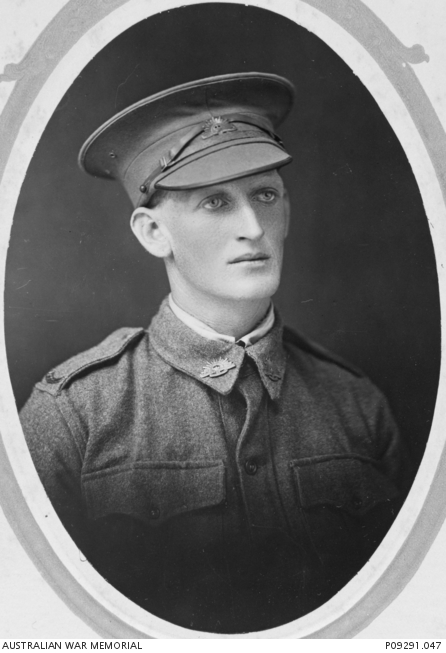 Dr Kerry Neale is a curator at the Australian War Memorial. For her, the story of Mary Reiddie Peterson and her sons is particularly poignant.

“They were all killed within about a year of each other, and only one returned home,” Dr Neale said.

“The Defence Department actually called the fourth son home under compassionate grounds, or what they called ‘family reasons’.

“She had lost so much already, and he was brought back home to her.

“Today, we have her Mothers’ and Widows’ badge as well her Loyal Women’s League pin in the collection.

“Her Mothers’ and Widows’ badge has three stars, representing each of her three sons who died.

“These badges were sent out to the mothers and widows of anyone who died because of their war service.

“Every single one of those stars represents a name, a family, and a person whose story we want to remember.” 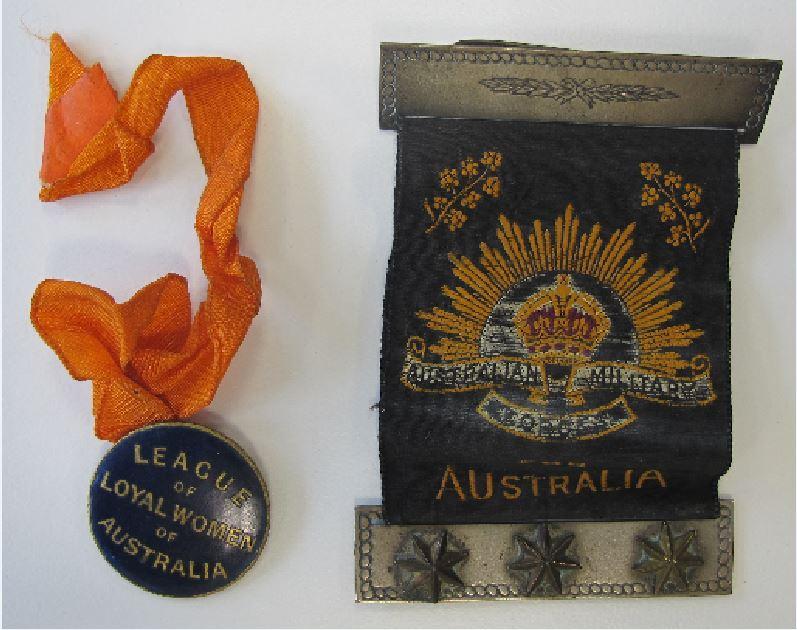 Mary Reiddie Peterson’s Mothers’ and Widows’ badge has three stars, representing each of her sons who died as a result of their war service. On the left is her League of Loyal Women of Australia badge and the orange ribbon she wore with it.

Mrs Peterson wore her Mothers’ and Widows’ badge alongside her Loyal Women’s League pin for the rest of her life.

“The League of Loyal Women of Australia was founded by Lady Marie Galway in July 1915 to supply comforts to those serving,” Dr Neale said.

“Patriotic groups like this would unite women in the common experiences of war, providing informal opportunities for grieving mothers and widows to connect, share information, and develop friendships.

“We also have the orange ribbon Mrs Peterson wore with the lapel pin and photographs of her sons Leslie and Thomas.

“Studio portraits of a son or husband that were taken before they embarked for war were often the last or only portrait a family had of their loved ones.

“Mrs Peterson’s story really shows the human side of conflict and the personal and intimate costs of war… She’d lost so much; her heart would have been breaking.”

This article is republished from The Australian War Memorial Blog. Read other articles about Australian’s at war by visiting their blog page.

Majellan Media is a ministry of the Redemptorists of Oceania

We acknowledge Aboriginal and Torres Strait Islander peoples as the First Australians and Traditional Custodians of the lands where we live, learn, and work.